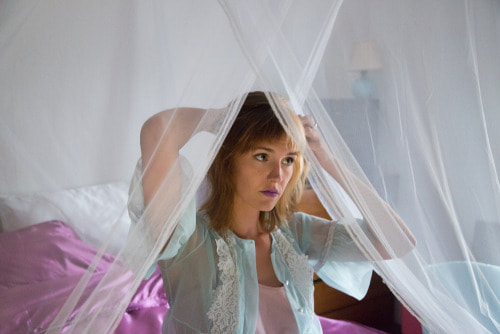 Photo by Ivette Spradlin
Meagan Koleck (she/her) is a filmmaker and educator currently residing in Pittsburgh, Pennsylvania, USA. Koleck participated in Prototype PGH's 2019 Women's Work incubator program, which helped jump start Dump Star Media. Koleck has been a film festival judge and panelist at Steeltown's Diversity Institute and the Reel Q PUFF Film Festival, as well as a guest speaker at the University of Baltimore Maryland and the University of Pittsburgh. Koleck is the reigning Miss Pittsburgh Pickle Princess and the runner up Camp John Waters Obscene Phone Caller. Her winning costume contest looks include "The Whites", "The Toe", and "Viking Maude" at the Lebowski Festival as well as audience choice for "Nadine" at Pittsburgh's Twin Peaks Party.

Koleck has presented her instructional design and 360-degree video work at national and statewide conferences such as KINBER and CCUMC and is credited at universities across the country. Koleck is the Production Supervisor of Steeltown Entertainment Project’s Youth Media program. Koleck also teaches video production courses at the University of Pittsburgh and previously taught video production at Point Park University and Pittsburgh Filmmakers. Koleck also freelances as a filmmaker, tutor, and consultant. Meagan Koleck's work is featured in HuffPost, Steel This Magazine, Pittsburgh Business Times, Pittsburgh Post-Gazette, Pittsburgh City Paper, and The Pitt Magazine.
Executive Producer
Alistair McQueen 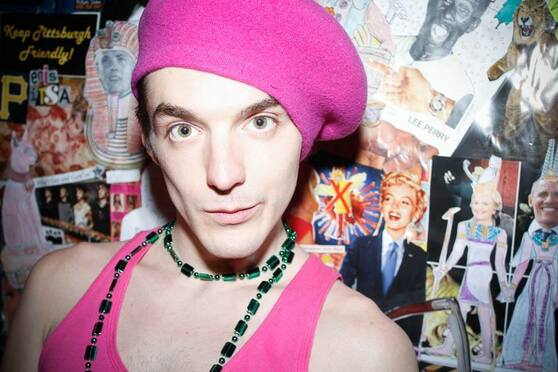 Alistair McQueen is a character actor known for playing roles such as Rob Boss and Mildred the Lunch Lady, he’s an artist, director, producer, burlesque dancer, and star of 'Painting with Rob Boss', 'Lookin’ Smokin', and 'LunchTime!' video series. He has produced films and events with Dump Star Media, Smoke This Productions, and The Steel City Kitty Show. Alistair McQueen has won multiple bartending awards including ‘Pittsburgh’s Best Bartender’ 2018 and won awards for his performances at the ‘World Burlesque Games’ and the ‘Great Southern Exposure.’ His artwork has been featured in the New York Times Style Section and on ‘America’s Got Talent.’
Our 2021 Interns
Jasnoor Kaur
Jasnoor Kaur is a senior year Film Major student at La Rache University, graduating in May2021. Born and Brought up in India and now living in the United States Of America, Pittsburgh. "It's another world to explore and solve the riddle of stories by editing them. Writing stories and Poems is another love of mine that allows me to follow everyday beauty around us and the documentaries open the door to see, experience and show someone's inner world, to this busy world. Have started my social media pages and accounts in Photography  and been loved by other photographers and locals"  She wants to bring all that the world has to offer through the Entertainment Industry.
Fidel Anderson
Fidel Anderson is a senior at the University of Pittsburgh, majoring in Film Studies and Natural Sciences while also getting a minor in Creative Writing. She is interested in a wide assortment of visual media, including film, television, music videos, concerts, and more. She hopes to write and direct projects such as these in the future, working within a variety of genres and styles when crafting these stories.
Kathryn Human
Kathryn Human is a student at the University of Pittsburgh majoring in Media and Professional Communications with a concentration in Digital media. She is passionate about comedy, health advocacy, and music. She hopes to work as an editor and birthing doula after graduation.
Jake Rucket
Jake Rucket is an undergraduate at the University of Pittsburgh majoring in Film & Media Studies and Psychology. He writes and films projects as his form of creative expression both in school and in his free time. He loves appreciating the cinematography of horror and the writing in comedy and hopes to one day work for a large production company.
Garrison DeSieno
Garrison is a senior at the University of PIttsburgh, majoring in Communications with a focus on Digital Media. His interest in social media and its availability for anyone to create anywhere, has pushed him to pursue a career working with and through several different platforms.
Natalie Osborne
Natalie Osborne is a junior at the University of Pittsburgh majoring in Film & Media Studies and Theatre Arts. She plans to try to integrate both film and theatre throughout her career, as these two mediums are what she most fervently loves and enjoys. Musicals are one of her foremost passions. She enjoys performing a great deal and producing others’ performances and projects as well. She wants to be able to work live events as much as possible over the course of her life. Furthermore, she hopes to make theatre more accessible to a larger demographic of people so that there is less elitism surrounding it.
Our 2020 Interns
Dinah Kim
Dinah Kim is an undergraduate student at the University of Pittsburgh, majoring in film production. Dinah is passionate about making films that will interest people globally and films that could create a consensus among people.
Adia Perkins
Adia Perkins is an undergraduate at the University of Pittsburgh majoring in Chemistry and Filmmaking. She plans to use her film degree to make documentaries of the strides science is making to save the environment as well as the conservation of nature in industry practices. She also enjoys the  a satirical and comedic production to lighten the woes of society.
Our 2019 Interns
Genna Edwards
Genna Edwards is an undergraduate student at the University of Pittsburgh, majoring in Film Studies and Fiction Writing. She is passionate about feminist media and LGBTQ+ representation.
Hyun Jin Yoon
Hyun Jin Yoon is a sophomore of screenwriting and filmmaking at the University of Pittsburgh. He is originally from South Korea and is currently living in Pittsburgh. He looks up to writers/filmmakers such as Barry Jenkins, Lynne Ramsay, Spike Jonze, Mike Mills, and Changdong Lee, who he describes as the younger generation of independent filmmakers with a commercial awareness.
Morgan Ward
Morgan Ward is a third year film student at La Roche College.  Her passion lies in exploring emotion through experimental videos, as well as documenting everyday life.  In the future, Morgan strives to obtain a career within film and digital media.
Robb Witenski
"I am Robb Witenski, a media studies and production student at Temple university, graduating in the spring of 2020. While my experience is short term, there is a lot to it. I have been editing for over 5 years, written a novel, been executive producer for a public broadcast television show, and worked on a multitude of projects from campaign and music videos to television shows and digital shorts. I live for media production, specifically the lighting and editing aspects."